The situation of melamine export continued to improve in 2021, which export volumn exceeded 40,000 tons each month in March and April. In this circumstance, domestic price increases quickly, export price rises accordingly.

From production and marketing countries and regions, Southeast Asia and Europe are still the main source of goods. And the amount to India, Malaysia, Thailand, Russia and the Netherlands has significantly increased this year, which is influenced by some installations in Europe and India are operating unsteadily or shut down for maintenance. Export Volumn increased 133.57% to India, and increased 126.74% to the Netherlands compared to last year. 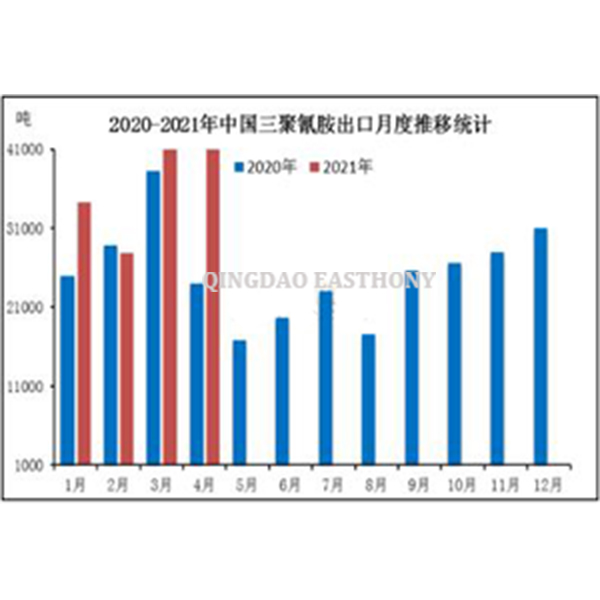