PVA film can be divided into the following three types according to the degree of polymerization and alcoholysis of the PVA resin used and the different processing and production methods: water-soluble PVA film, insoluble PVA film, and biaxially oriented PVA film. Let's take a look at it next. 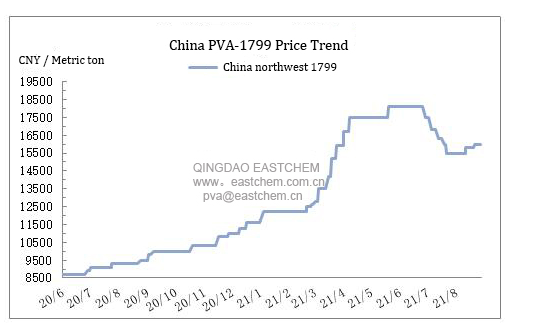 The water-soluble PVA film is processed by the partial alcoholysis PVA resin with an alcoholysis degree of about 88%. Because the macromolecular chain contains a certain amount of large vinyl acetate groups, it prevents the molecular chains from approaching each other. At the same time, the association of hydrogen bonds between hydroxyl groups on the molecular chain is also weakened, so that more hydroxyl groups interact with water, so its water solubility is better than that of PVA with higher or lower alcoholysis degree, and its film also shows excellent performance. water solubility. The obtained films were slightly heat-treated to fine-tune their crystallinity, and various soluble films ranging from cold-water-soluble to warm water-soluble can be obtained.

The poorly soluble PVA film is an unstretched film with strong water resistance. It usually contains about 10% of polyol plasticizer, and the thickness is 20-70 μm. Made of vinyl alcohol resin. The film has good transparency, high gloss, is not easy to be electrostatically charged, strong and tough, has moisture permeability, good oil resistance and organic solvent resistance, and good printing performance.

Due to the stretching, the cohesion between the molecules of the biaxially oriented PVA film is enhanced, the mechanical strength is improved, and the strength and toughness are similar to that of cellophane. It can be combined with other films to make two-layer, three-layer, or more composite films to meet the needs of food and other packaging. In addition, the biaxially oriented PVA film has the best gas barrier properties, including O2, CO2, N2, SO2, and H2S and other gases; dimensional stability, heat resistance, cold resistance, transparency, gloss, etc. are better than other production the film prepared by the method is significantly improved; it is suitable for vacuum aluminizing processing, and can be used for gas replacement packaging, vacuum packaging, deoxidizer packaging, etc.; it can also be used for polyester molding release film and agricultural mulch film. Biaxially oriented PVA film also has excellent fragrance retention; good oil and solvent resistance; good peel ability; good anti-condensation; characteristics.

With 20 years of rapid development, Qingdao Eastchem has grown to be a large comprehensive chemical enterprise group. Now, the group has Qingdao Easthony Inc, Qingdao Eastchem Inc., Dongying Haixing Chemical Co., Ltd, Dongying Eastchem Co., LTD, and two offices abroad in Malaysia, USA. The above is about the types of PVA films. If you are interested in PVA, you can contact us and we will give you a detailed introduction to PVA. Our website is https://www.eastchem.com.cn/. I look forward to your arrival very much and hope to cooperate with you.